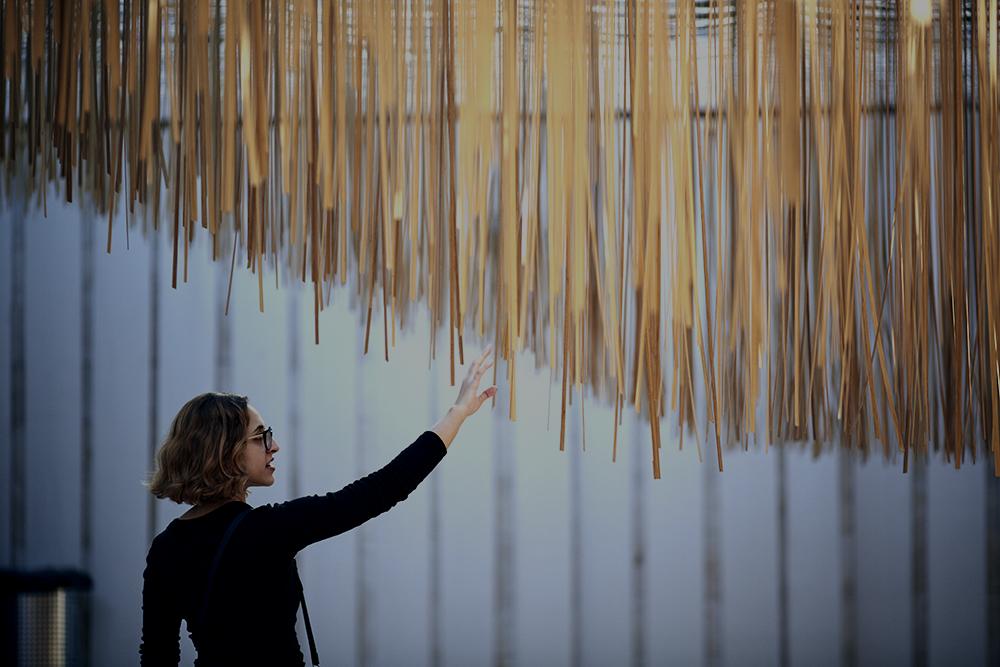 With the support of Her Majesty Queen Rania Al Abdullah, the Amman Design Week team has announced that the third edition of the event will take place in 2019, allowing for an expansion that will offer year-round public programming and more frequent targeted learning and community initiatives.

Through this expansion, the platform will focus its efforts on the growth of the sector from a pedagogical perspective, providing year-round public programs and learning opportunities for designers, makers, craftspeople, and the public in Jordan and abroad.

Led by co-founder Rana Beiruti, the team has also announced a more inclusive organizing structure, curatorial body, and partnership network, inviting participation from the community in redefining the format and themes of the platform.

With nearly 90,000 attendees and over 150 exhibitors and 50 participating spaces, Amman Design Week has become a hallmark event in Jordan and in the region. Over the past two years, the event has brought local, regional, and international designers and innovators to Amman, and has provided free and open access to a series of large-scale curated exhibitions, student and community programs, workshops, talks, and city-wide cultural programs.

In the first of its year-round initiatives, the team is hosting a six-week course launching on April 1st, titled ‘Introduction to Curating Contemporary Design in the Middle East’.

The course focuses on building curatorial and critical capacities and bridging the gap between concept and practice. Local and international facilitators have been invited to give short intensive workshops to select participants, who are tasked with developing their exhibition concepts as part of the hands-on learning experience.

Other upcoming learning opportunities include workshops and residencies targeted at designer mentorship and production, offering professional support throughout the design process, from idea generation to technical development and implementation.

These long-term programs will bring designers together with makers, bridge them with industry, and offer them a chance to develop and produce new work. The results of these programs will continue to be showcased through the flagship event, Amman Design Week, which remains a connecting point for exchange and collaboration, and will continue to run biennially.

Amman Design Week continues to foster a design culture with social value – one that creates impact on communities, catalyzes creative empowerment and job creation in the Jordanian economy, and establishes Jordan as a hub for regional innovation and talent.

For its third edition, the Amman Design Week team remains dedicated to delivering well-researched and tightly-focused programs that engage an even wider and more diverse audience of designers, students, businesses and the general public. A full program of events is expected to be launched later in the year, including details of new collaborations, themes, and activities.