As a part of the social experience, live performances featuring a range of local musicians and tunes will include:

October 7: Amman and Then

Born and raised in Damascus, Hilal Shihab was surrounded by the sounds of the Levant from an early age, influencing him to study music as a child. His passion for classical Syrian, Egyptian and Lebanese Tarab inspired his craftsmanship, and he began building his own Ouds and playing the music closest to his heart.

Spanish Guitar Trio is a Spanish guitar trio playing a fusion of Latin sounds from Flamenco to Gypsy music with a twist of Rumba.

Al Balqaa Orchestra is conducted by Tariq Al Jund, and the choir is lead by the first Maestra in Jordan, Yara Al Nimer. Al Balqaa performs a variety of classical international pieces fused with Jordanian heritage medleys in addition to regional music from musicians like Fayrouz, Sayyed Darwish and Zaki Nassif.

Musical duo Tareq Jundi and Nasser Salameh came together to make music that focuses on the expressive aspects of Oud and its dialogue with percussion. Tareq Jundi’s compositions are inspired by various cultures, and along with Nasser Salameh, one of the most renowned percussion players in the region, they create a dynamic musical experience for audiences. 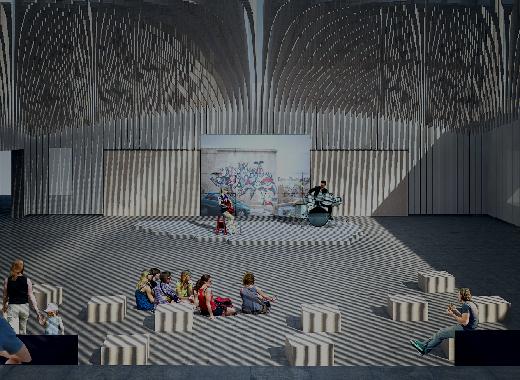