How can the act of making help promote economic growth, bring communities closer together, and overcome a variety of social issues? In this panel discussion, chaired by the editor of Crafts magazine, Grant Gibson, speakers from Disarming Design from Palestine, The Jordan River Foundation, the Princess Taghrid Foundation explain how craft is capable of making a difference, highlighting the power of collaboration and sustainable programs in craft.

Grant Gibson (Crafts Magazine) is UK-based design, craft and architecture writer whose work has turned up in places like The Observer, New Statesman, The Guardian, Daily Telegraph, FRAME, Dwell, House & Garden and quite a few others. During his time Grant has been editor of Blueprint, deputy editor of FX, and acting executive editor of the RIBA Journal. He was also the launch editor of the London Design Festival Guide. He's currently the editor of Crafts, as well as a contributing editor to the Dutch architecture title MARK and a regular columnist at Onoffice. In 2011 Grant was made an honorary fellow of the Royal College of Art.

Fairuz Taqi-Eddin (Jordan River Foundation) is the Director of Strategic Partnerships and Fundraising at Jordan River Foundation. With 15 years of experience working in the development space, Fairuz has held senior positions in the United Nations and INGOs, and previously worked for Silatech in Qatar as its Director of Operation. Fairuz also worked with CARE for 11 years where she held various senior roles, most recently as the first Regional Director of Partnerships in the Middle East where she established and managed a diverse partnership portfolio in the region. A volunteer for several philanthropic organizations, Fairuz serves as an advisory board member of Spark and PACES, among others.

Dianne Shcepers (Pure Felt, Princess Taghrid Foundation) has melded her corporate management experience and her crusade for women empowerment with her love of textile art by founding the Swiss charity association “Pure Felt – the Art of Empowerment”. Pure Felt employs and empowers women, youth and refugees, particularly in poor and challenged communities, and has delivered social art and micro-business projects in South Africa and Switzerland. Currently, Pure Felt Jordan is employing 26 women in Fefa and Amman to create commissioned felt artworks and wool felt interior products. Dianne also experiments with the creation of hand-felted wall murals and three-dimensional architectural art. 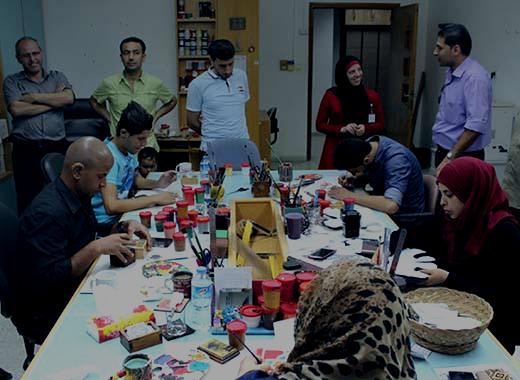 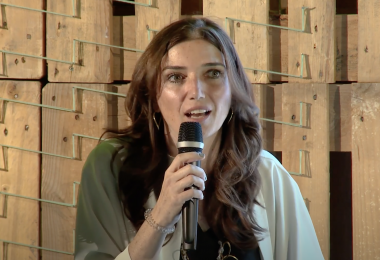