Painted by the calligrapher and designer Hussein Alazaat, the Abdul Muhsen Al Khazimy Stairway in Jabal Al Lweibdeh is dressed in a verse from a poem by Aboul-Qacem Echebbi entitled “If the People Wanted Life One Day”.

(Those who fear to ascend the mountains, will live forever among the hollows)

This painting is sponsored by JOTUN. 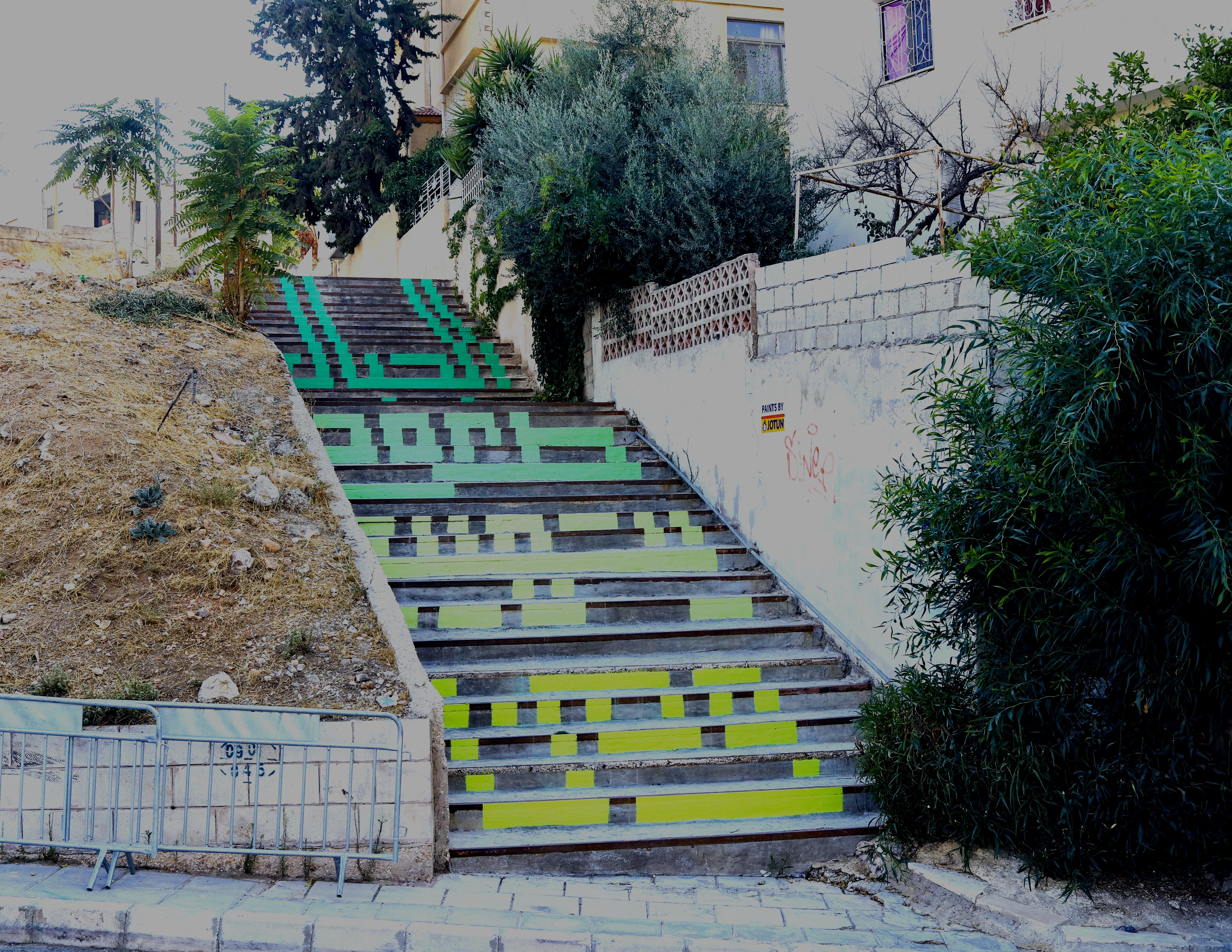 Hussein Alazaat is a multidisciplinary designer and Arabic calligrapher. He believes in the power of Arabic calligraphy in modern brands and products; he also emphasizes contemporary treatment in his typographic works. Hussein is practicing his work at Elharf; an online platform and a space that embraces art, visual culture, and Arabian designed products. 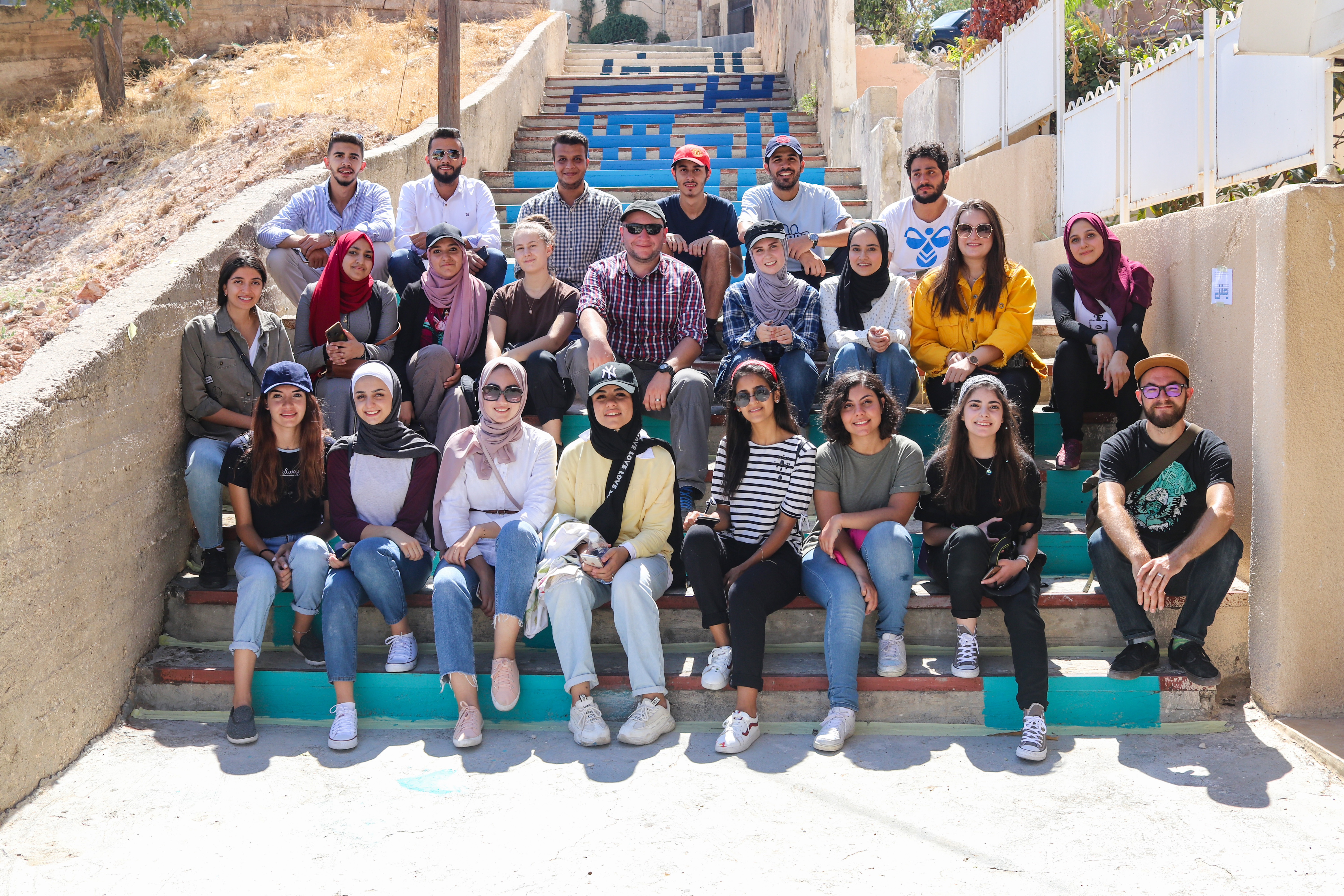