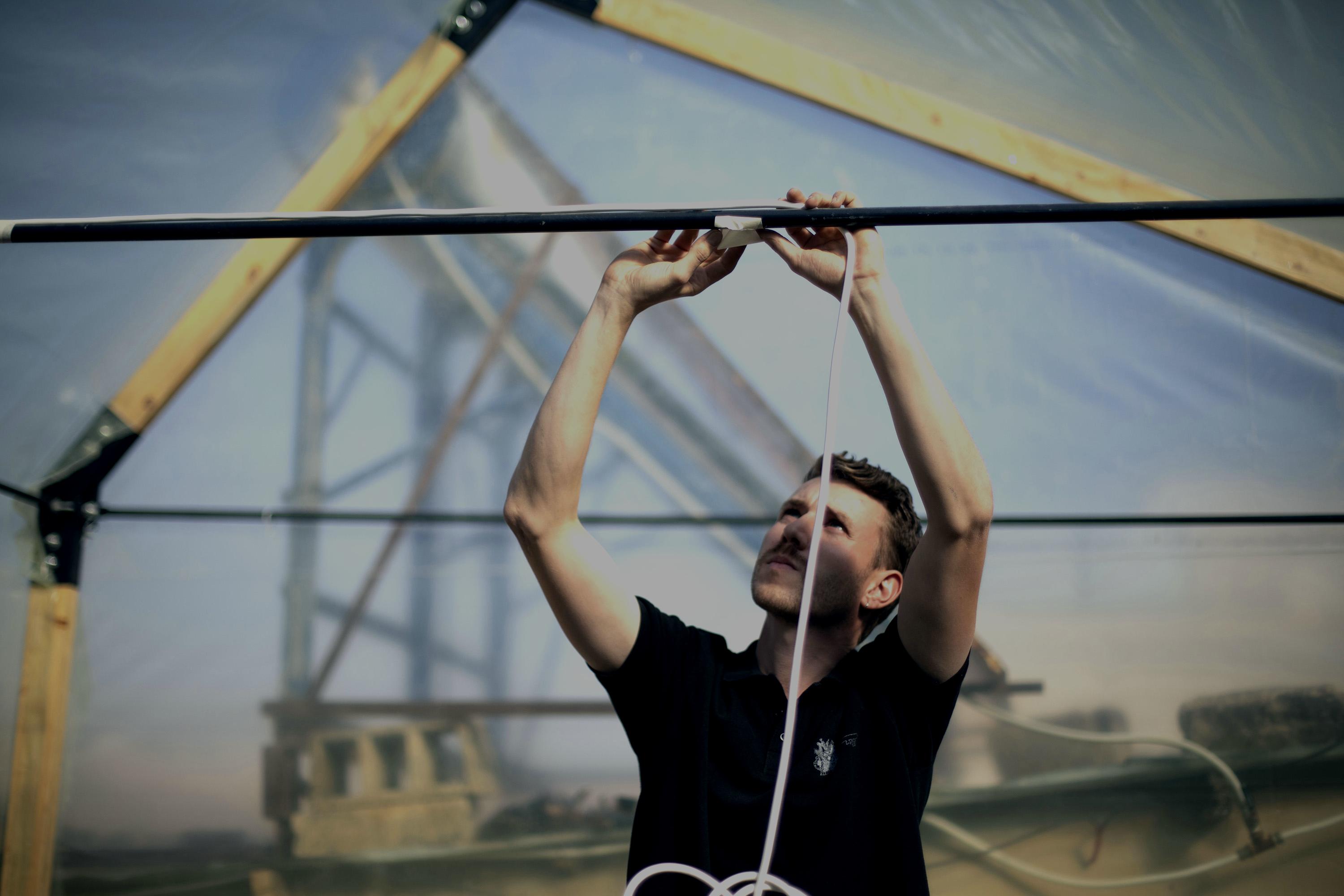 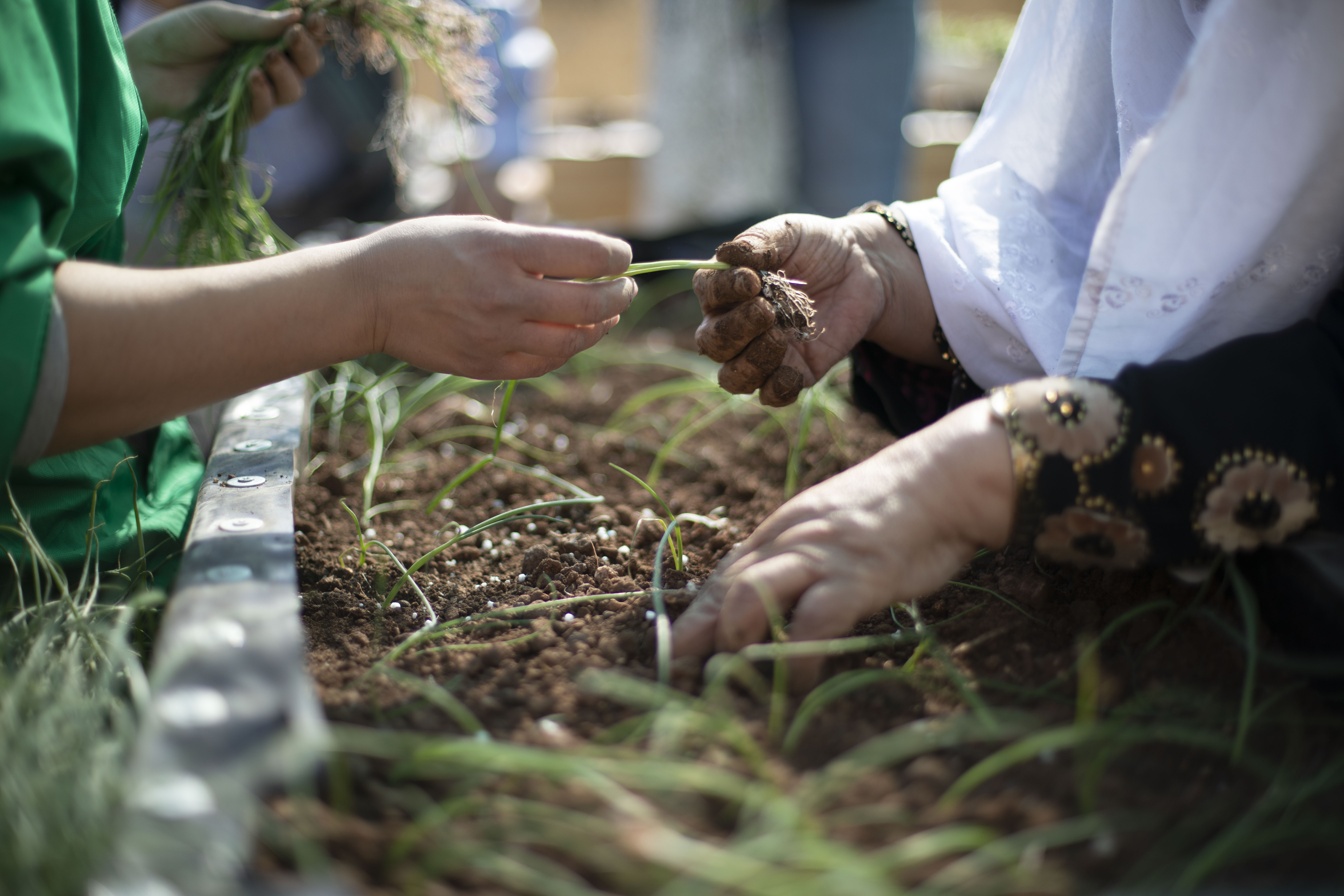 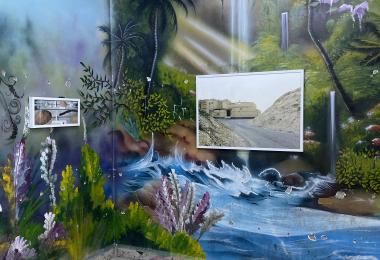 With the conclusion of the Amman Design Week 2019 programs, which took place between 4-12 October of this year, its objectives continue to live on through its efforts to promote the concept of sustainability in design, which influences people’s daily livelihoods.

As a continuation to the Future Food / Future City Showcase, which brought together designers and farmers to present new ways to look at the future of food, and which created a chance to reconsider our food and environmental reality, a number of participating projects and installations have been relocated to different parts of Jordan, taking advantage of their technologies and establishing practical models that can be applied at home with tools and materials used daily for urban greening and food production.

Greening the Camps’ pieces were moved to the Gaza Refugee Camp in Jerash and were repurposed as farming and food growing booths. The same was for Urban Hives installation by Lebanese designer Nathalie Harb, whose plant boxes were also moved to the camp.

Green Hub’s pieces will also be relocated to Gaza Camp. The first piece is a vertical, soil-less, growing system that utilizes a high-pressure spray to water the roots of plants using nutrients from fish waste. And the second piece is a greenhouse in the shape of a geodesic dome, which allows for year-round utilization of the abundance of sun in Jordan.

FabLab’s piece, the Green Pavilion, was moved to the organization’s headquarters in Irbid, as a social gathering space, and a pavilion powered by solar energy to provide lighting which also features an automated watering system for the plants.

Seba Basel Al Diri’s Growroom, which was designed based on IKEA’s open-source design, was relocated to UNICEF’s youth center in Za’atari Refugee Camps. As for TAYYŪN Research Studio, conversations with the Greater Amman Municipality are currently in progress to continue the Urban Pigeon Tower project.

From The Hangar Exhibition, the benches from Minor Paradises installation, by Civil Architecture and studiolibani, were donated to Seven Hills Skate Park.

From the Crafts District, Ruba Asi’s installation, Stitches in Space, was relocated to the Children’s Museum.

One of the popular pieces that were exhibited at The Hangar Exhibition, Ein Ghazal jameed concrete statue by Omar Sartawi, can be seen at the Corner Art Space in Abdali. At Manara Art and Culture, (DIS)CONNECT by Daniel + Qusai can be seen, which was part of The Crafts District.

The third edition of Amman Design Week was held between 4 and 12 October 2019, and opened its doors free of charge to the public in Ras El Ain, Jabal Amman, and Jabal Al-Weibdeh. The exhibitions included the Hangar Exhibition, Student Exhibition, Future Food / Future City Showcase, and the Crafts District, which were held alongside a series of talks, workshops and daily musical performances.